SACRAMENTO – California’s unemployment rate decreased in the month of September 2022 to a record-tying low of 3.9 percent1 in the current data series, as the state’s employers added 6,500 nonfarm payroll jobs2 to the economy, according to data released today by the California Employment Development Department (EDD) from two surveys. 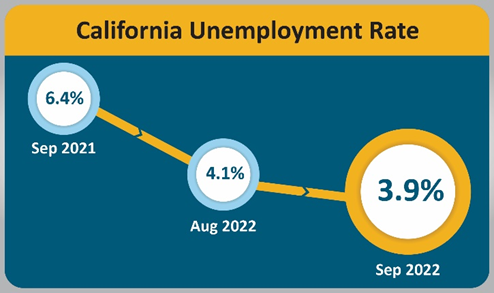 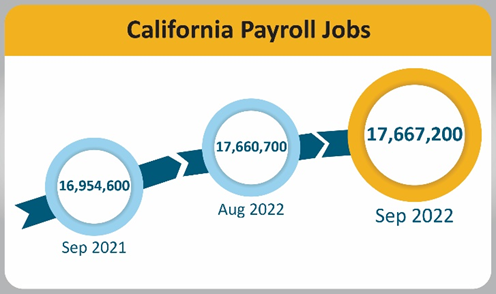 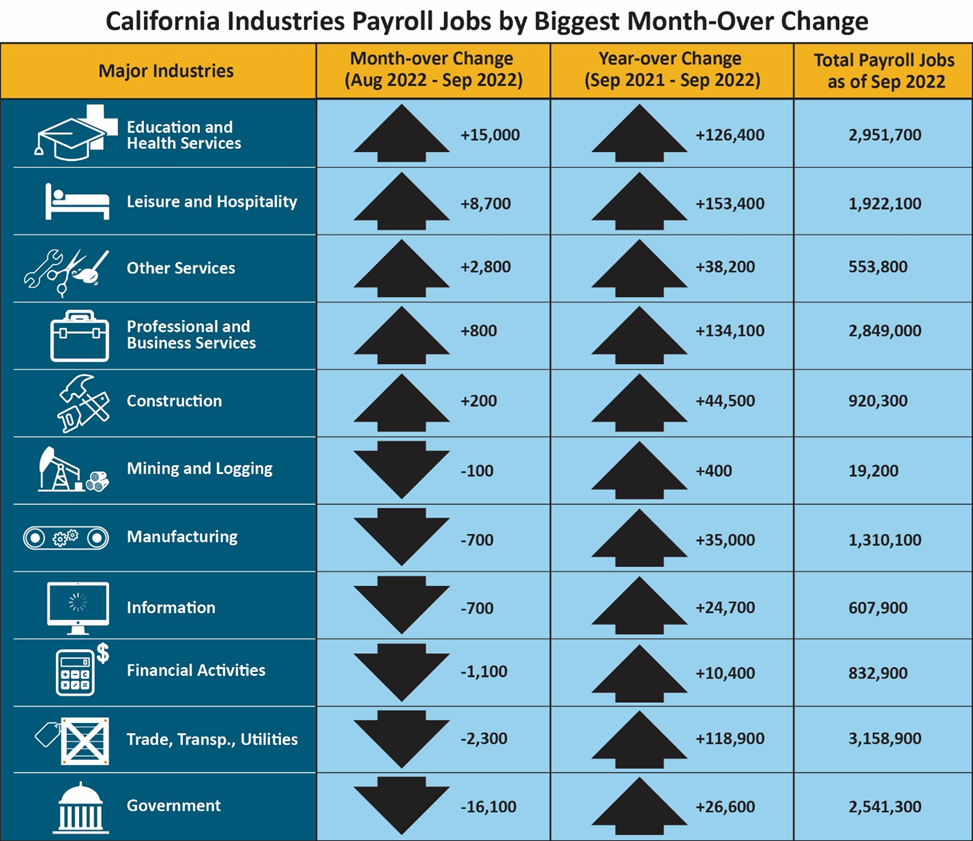