SACRAMENTO – California’s unemployment rate dropped a half percentage point from November 2021 to 6.5 percent1 in December as the state’s employers added 50,700 non-farm payroll jobs2 to the economy, according to data released today by the California Employment Development Department (EDD) from two surveys. November’s unemployment rate was revised up 0.1 percentage points to 7.0 percent due to an increase of 3,500 unemployed persons. 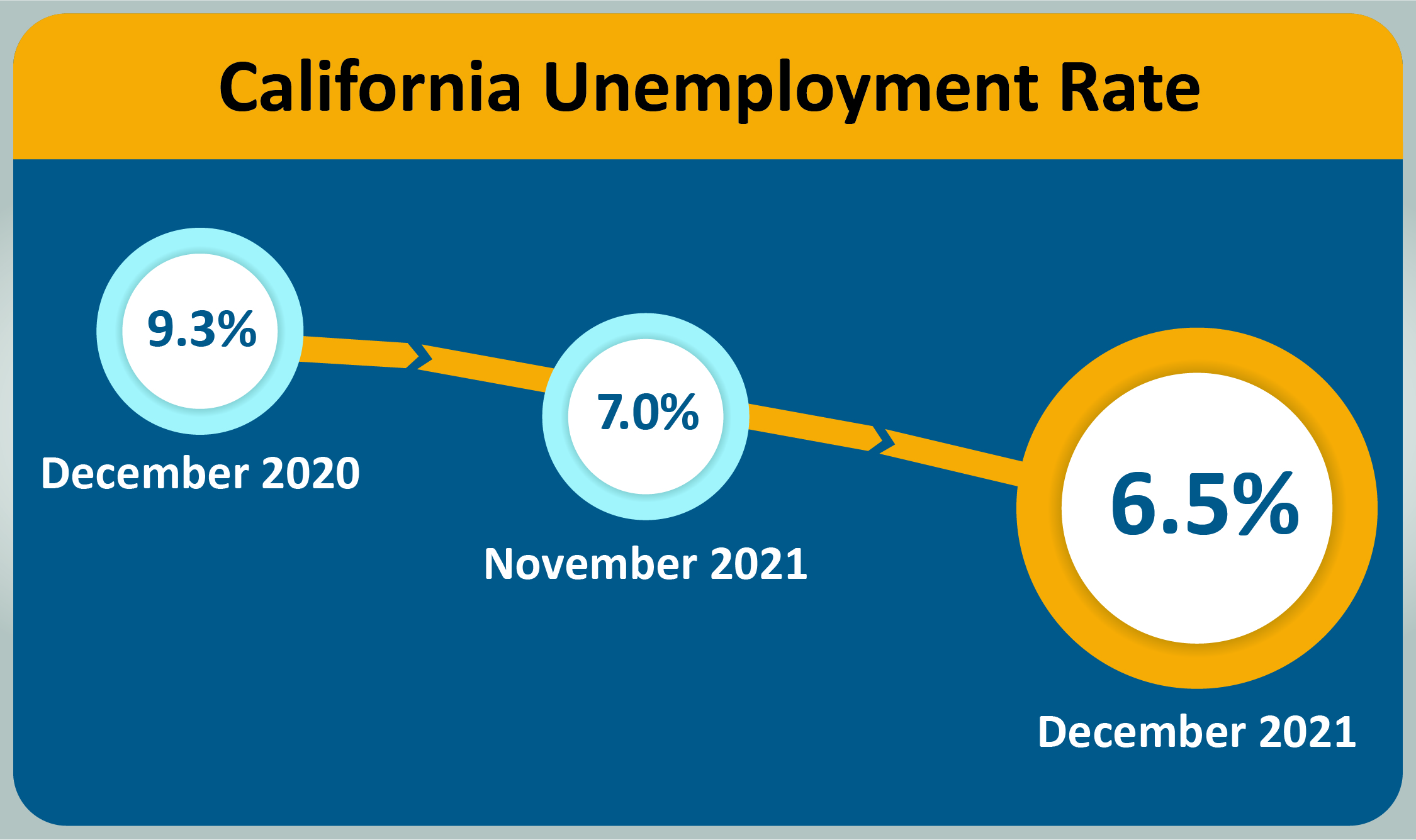 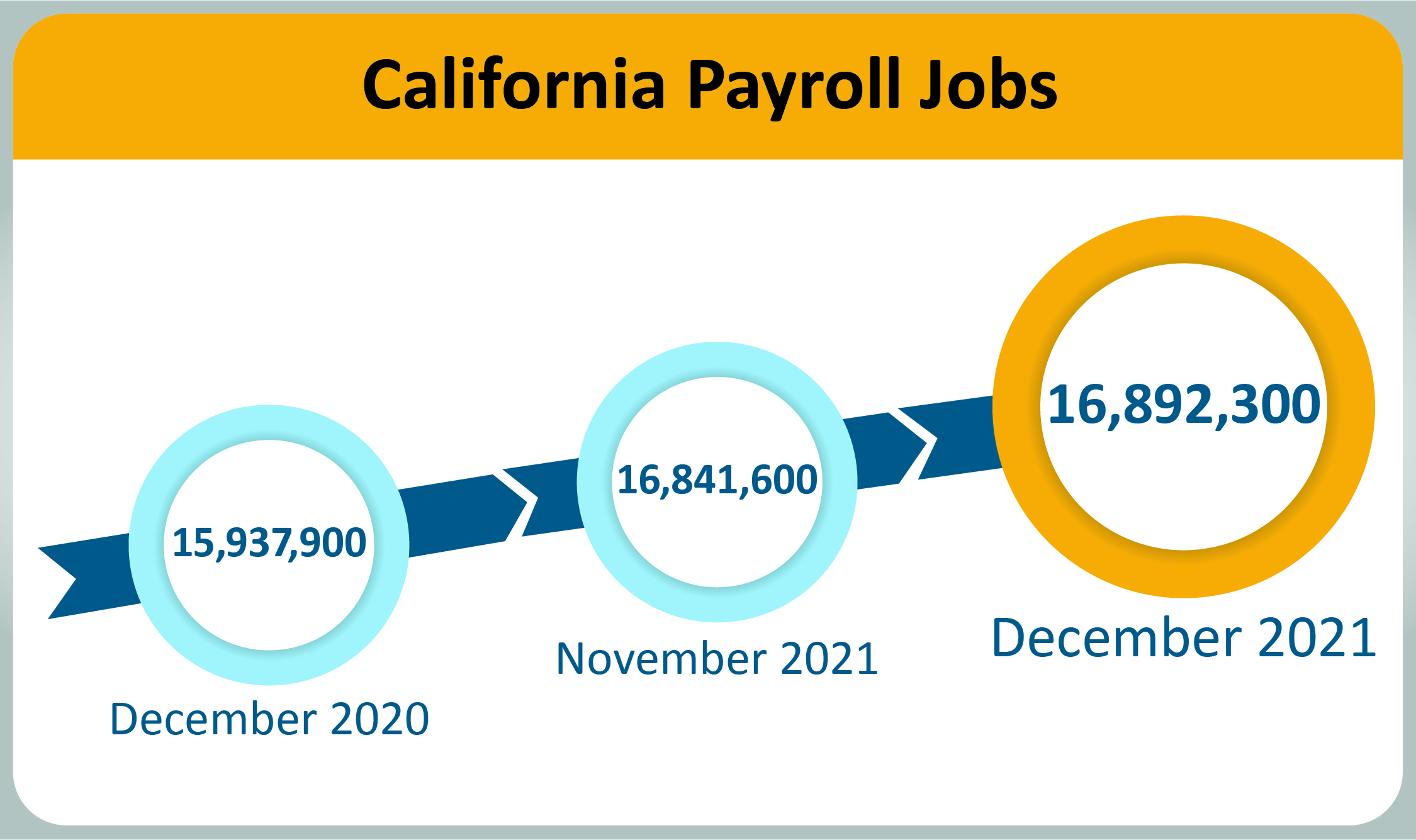 The following data is from a sample week that includes the 19th of each month: