SACRAMENTO – California’s unemployment rate dropped in the month of June 2022 to 4.2 percent1 as th­­e state’s employers added 19,900 nonfarm payroll jobs2 to the economy, according to data released today by the California Employment Development Department (EDD) from two surveys. 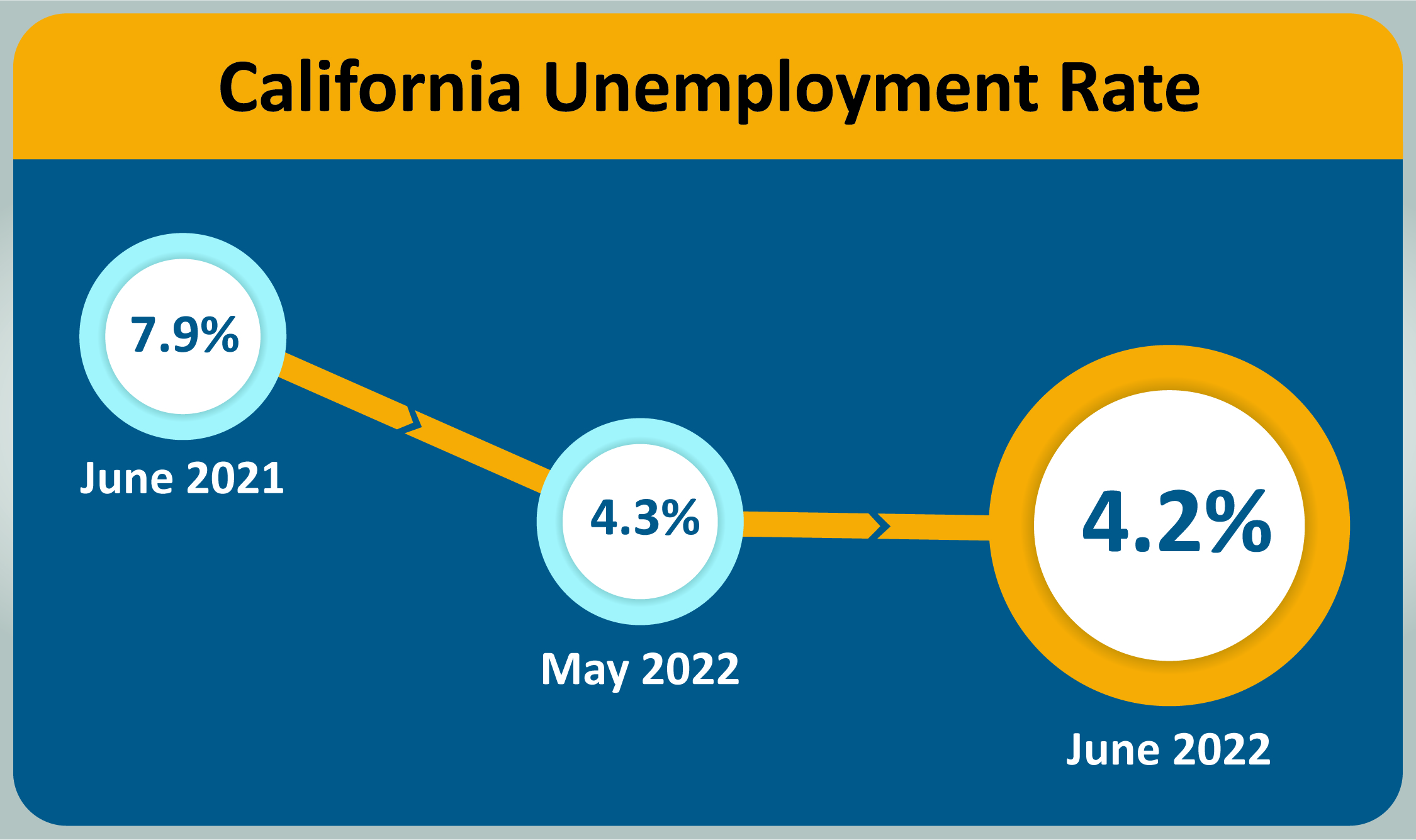 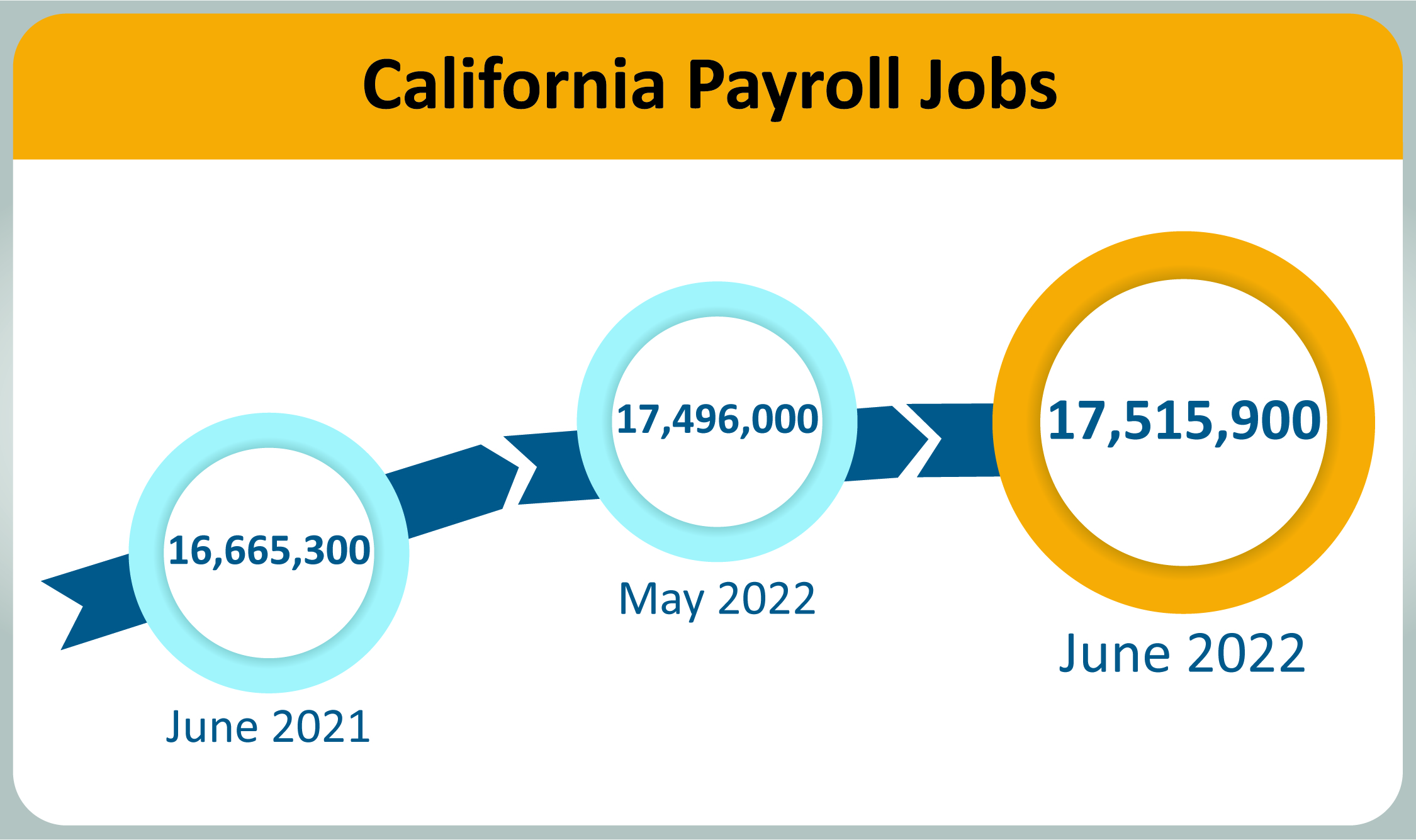 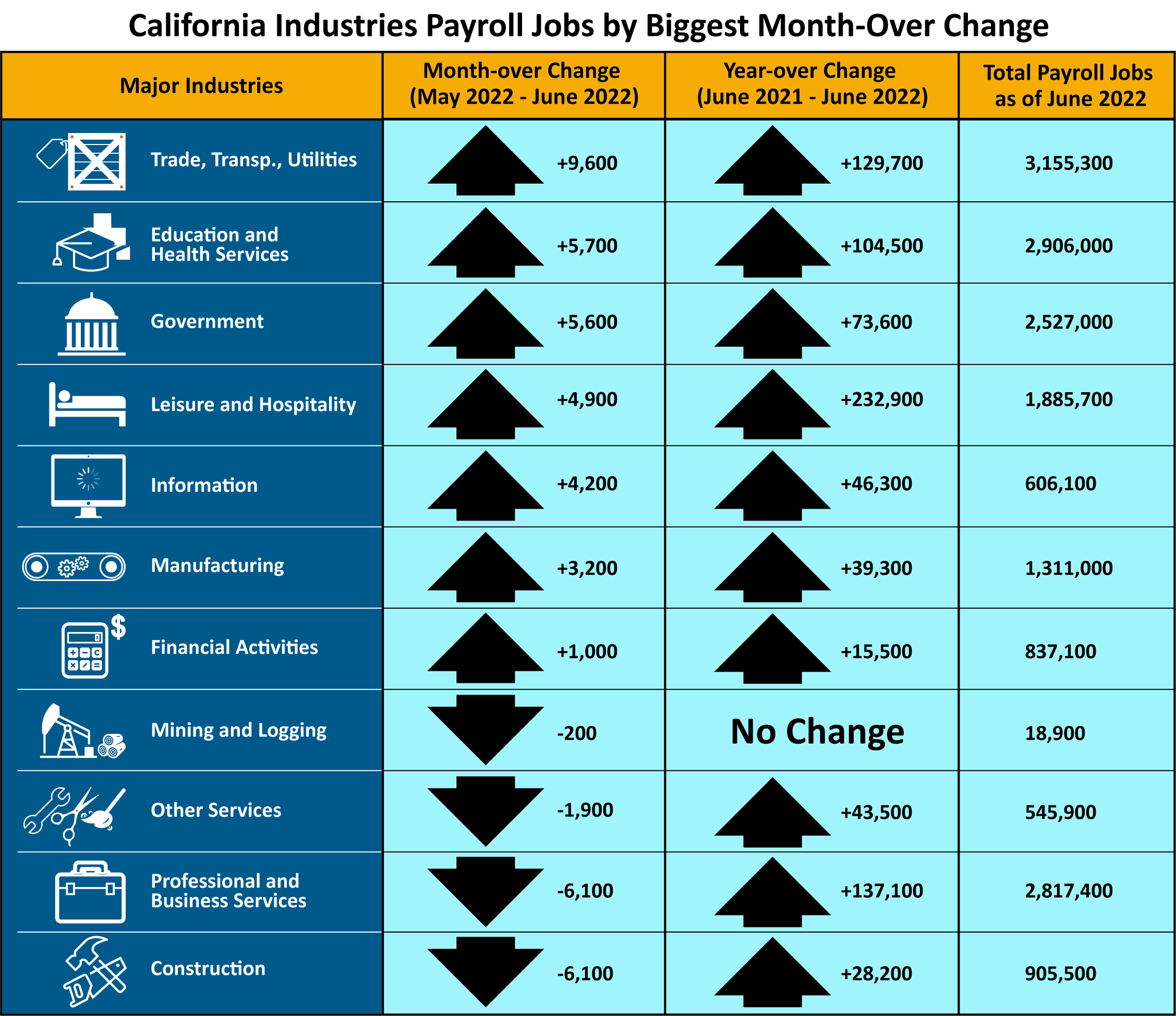 Total Farm jobs – The number of jobs in the agriculture industry decreased from May by 6,500 to total 413,700 jobs in June. The agricultural industry had 17,300 more farm jobs in June 2022 than it did in June a year ago.

The following data is from a sample week that includes the 19th of each month: In related data that figures into the state’s unemployment rate, there were 296,570 people certifying for Unemployment Insurance benefits during the June 2022 sample week. That compares to 330,412 people in May and 592,867 people in June 2021. Concurrently, 41,606 initial claims were processed in the June 2022 sample week, which was a month-over increase of 1,996 claims from May, but a year-over decrease of 22,517 claims from June 2021.