SACRAMENTO – California’s unemployment rate remained at its record low of 3.9 percent in February as the state’s employers added 29,000 nonfarm payroll jobs, according to data released today by the California Employment Development Department (EDD) from two surveys. The job gains in February contributed to a record job expansion in California of 120 months, surpassing the long expansion of the 1960s. California has gained 3,425,700 jobs since the current expansion began in February 2010, accounting for 15.0 percent of the nation’s 22,846,000 job gain over the same timeframe. 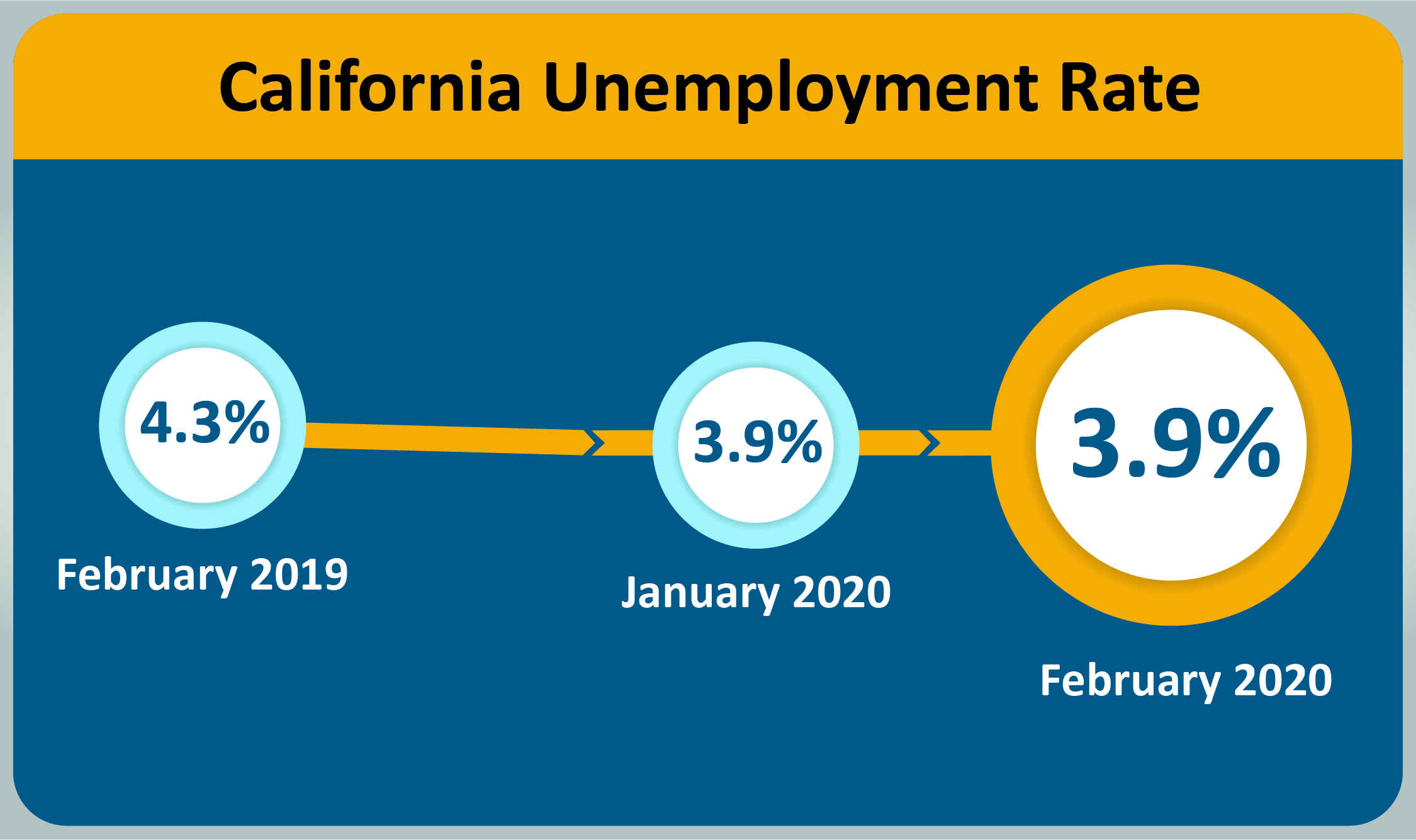 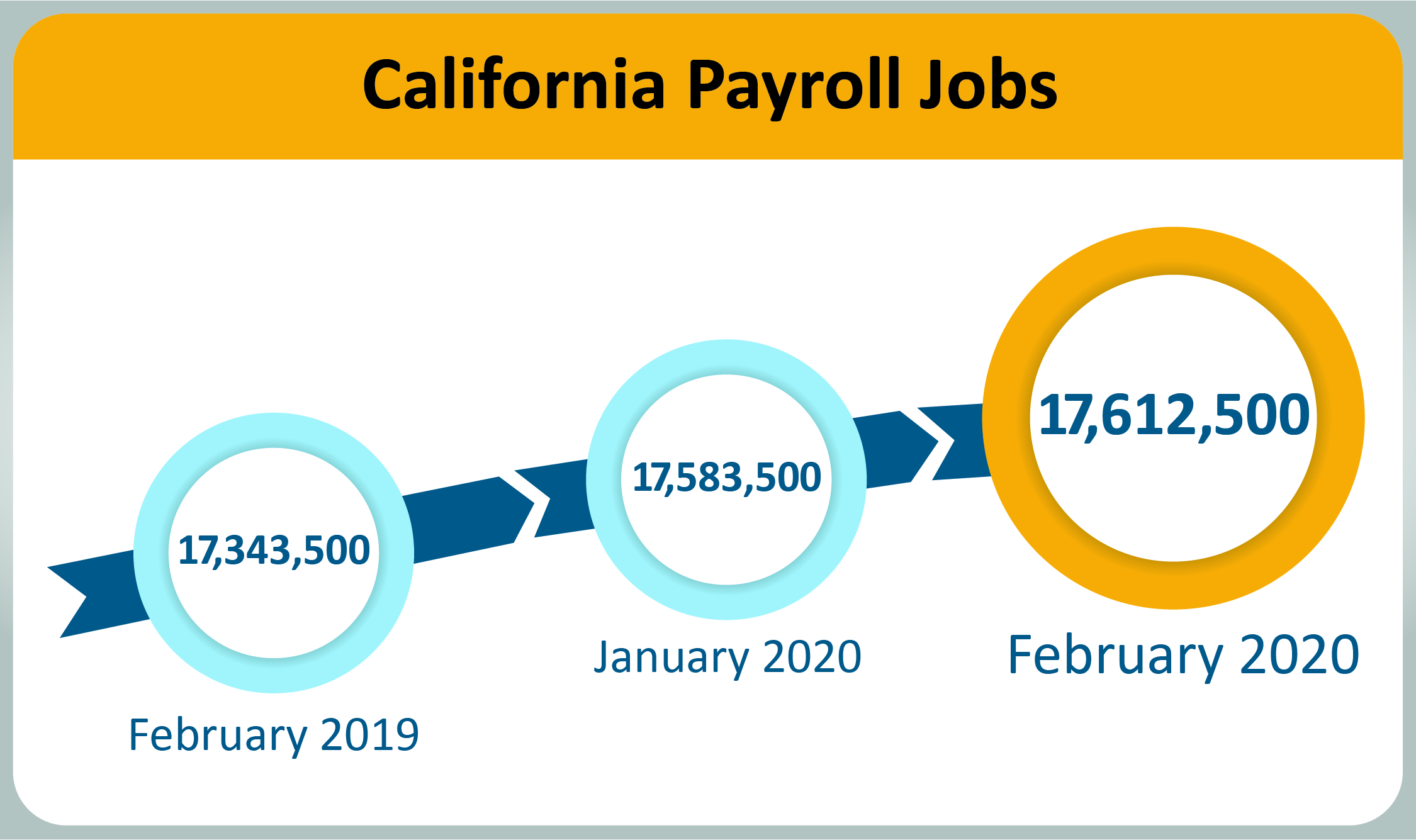 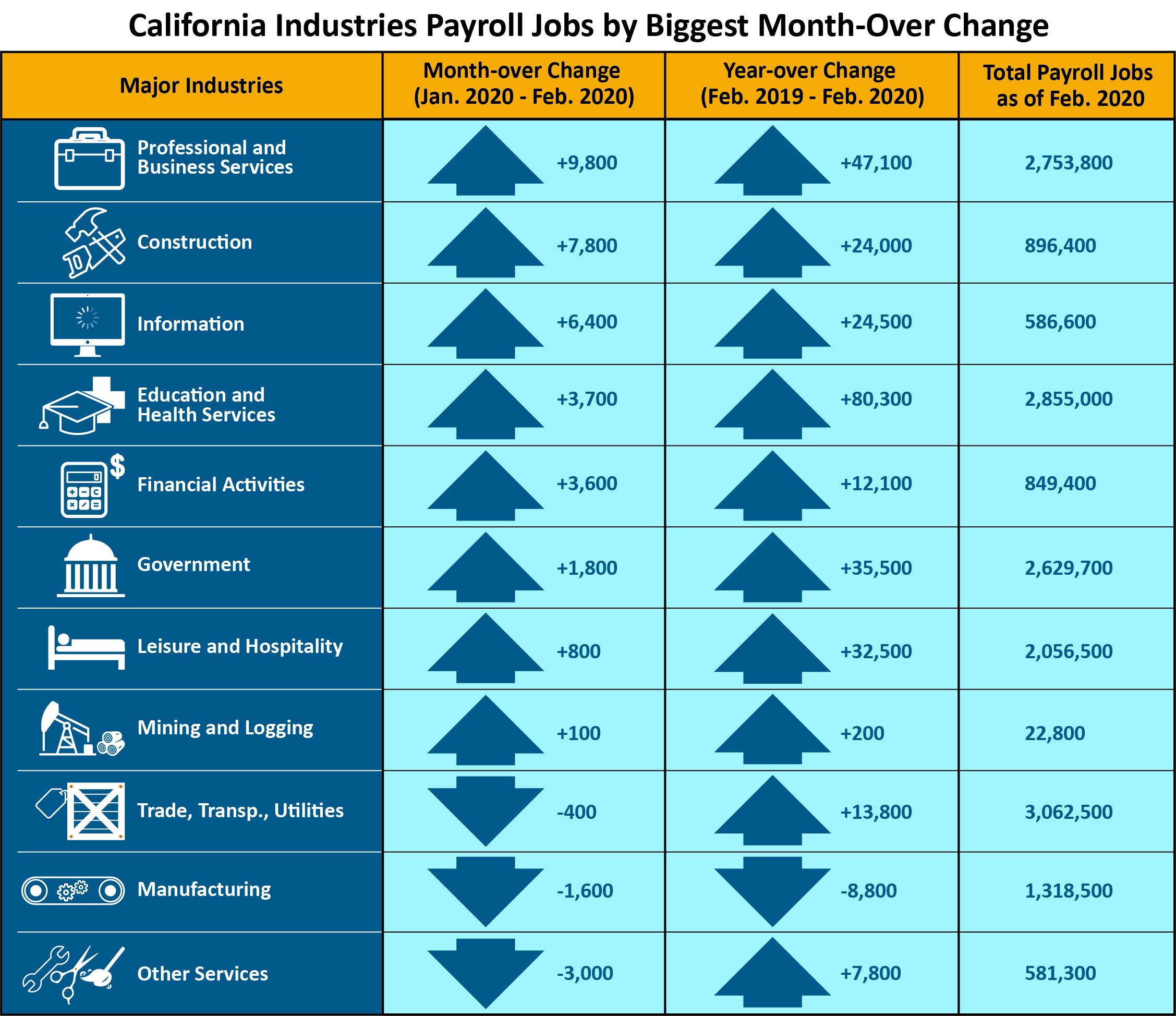 Total Farm jobs – The number of jobs in the agriculture industry increased by 300 jobs from January to 431,100. The agricultural industry has added 10,600 farm jobs since February 2019.

Employment and Unemployment in California (Based on monthly federal survey of 5,100 California households which focuses on workers in the economy)